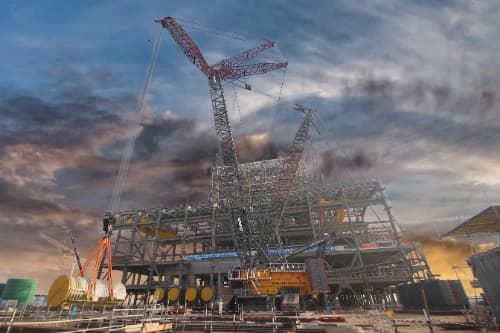 Lifting of 404T generator at a power plant

Lifting of generator in a power plant (HP8)

Our 1000T crawler crane was used with SDWB2 configuration (main boom – 48.0m, luffer – 30.0m) while lifting the 404T generator which was one of our most impressive heavy lifts by a single crane. The entire execution included lifting of the generator from the hydraulic trailer and maneuvering the crane with the load towards the foundation which was approx. 10m distance away to achieve the planned radius. The load was then hoisted to a height of 30m and rotated over a high rise steel structure and slowly lowered to approx. 15m within the narrow space between the steel structures to the foundation level. The final alignment of the load was done by coordinating with the installation team. A similar lifting procedure was followed to safely lift the remaining 11 power equipment. . 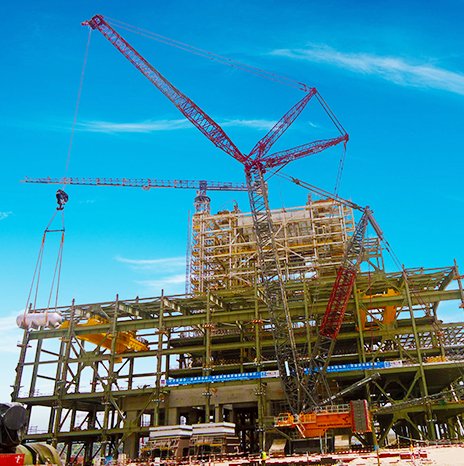 Our Liebherr LR 11000 (1000T crawler crane) with SDWB2 48m Main boom & 66 luffer configuration was used as the main crane to successfully lift the HP heater and carefully position it on the installing foundation.